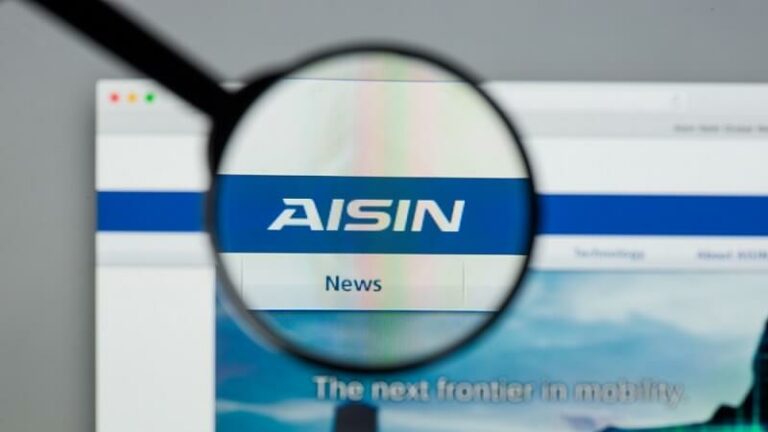 Japanese car brands are known for producing some of the most reliable cars out there. Even the outliers such as Nissan, which have recently been eating away (thanks Renault) at this otherwise good reputation, have had a decent track run so far. Yet, it’s not always the ingenuity of design that guarantees reliability. You have to turn engineers’ vision into a component that’s built good enough to last the lifetime of the vehicle.

That’s where brands such as Aisin come into play. Today we’ll talk about this company, its history, and what role Aisin plays in the OEM segment of the auto parts industry. We’ll also answer is Aisin OEM, and whether you can trust them to make your car run reliably.

The Story of Aisin

Every great company has a good origin story. For Aisin, it all began back in early 1940s Japan when Tokai Koku Kogyo Co., Ltd. was established as an aircraft engine manufacturer. Around the same time Toshin Kokuki Co. Ltd, a  sister company to Tokai Koku, was also established. After nearly two decades of name and product line changes, these two companies merged in 1965 to form Aisin Seiki Co. Ltd.

Aisin is one of the largest OEM brands in Japan

The new company had fused the know-how of its two divisions, allowing them to come up on top in what were already competitive markets. By the time Aisin was established, both Tokai and Toshin were invested in manufacturing automotive components, mainly clutches, and pumps.

Now, Aisin was producing entire transmission systems, which is something Aisin is known for to this day.

Modern Aisin is a proper industrial giant. It’s the Bosch of Japan, if not larger. This company is involved in manufacturing automotive parts, but also in developing home appliance products and a whole range of other goods. Yet, their automotive division seems to be the most popular one.

Yes, Aisin is one of the largest OEM brands in Japan. They make OEM parts for just about every single Japanese car manufacturer, but they also produce OEM spec parts for a variety of USDM and European brands.

As a result, you can find Aisin products all over the place, including some not so obvious cars. Seeing an Aisin water pump in a GM product won’t be shocking for most. However, finding an entire Aisin automatic transmission in an Alfa Romeo 159 may catch some people off-guard.

That being said, one car manufacturer stands out when it comes to cooperation with Aisin, and that’s Toyota. As it turns out, these two companies have a special relationship.

Aisin was partially founded by Toyota Group back in the ‘40s. Remember Tokai Koku Kogyo Co., Ltd made aircraft engines? That company was formed as a joint venture between Kiichiro Toyoda of Toyota Motors and Kawasaki Aircraft Industries. Toyota never reduced its share in Aisin, which is why they currently own 30% stake in this global OEM brand.

As you might expect, Toyota had put its stake in Aisin to good use since the end of the war. Aisin was and still is the main OEM supplier for Toyota and other brands within the Toyota Group. If you drive a Toyota, you’ll bump into an Aisin product when you start inspecting things under the hood. It’s almost guaranteed.

Is Aisin a Quality Brand?

Yes, Aisin is overall a quality brand that has a pretty strict quality control system in place.  Several years ago, there was a bit of a controversy regarding Aisin’s water pumps where some Toyota owners had their pumps fail prematurely.

In the end, it turned out that most of those pumps were eBay specials and most likely counterfeit. That’s why it’s essential that you source your Aisin parts or any other parts from trusted vendors such as Newparts.com or similar. If you’re buying your parts from a brick-and-mortar place, try to stick to large chains. Buying car parts from eBay is asking for trouble in many cases.

Okay, but what about actual Aisin water pumps that were proven to leak? Aisin’s water pumps feature a number of innovative solutions. Some of their pumps arrive complete with advanced seals and gaskets. The issue arises when someone tries to put liquid sealants (formed-in-place-gasket) on those newer gasket designs, which results in a leak.

Aisin has addressed this issue a number of times and has even published a video that talks about their water pump designs and when to use a liquid sealant.

When installed properly, Aisin’s OEM parts are likely to last the OE specified lifecycle of the part, or the lifetime of the vehicle. If you drive a Toyota, there is a chance Aisin’s OEM parts for your car will be more or less the exact same thing Toyota sells through their dealership network, only much more expensive. By going with Aisin OEM parts, you can save yourself a decent amount of money.

Muck like other similar brands, Aisin offers a wide range of kits. We’re talking engine timing belt kits, water pump kits, etc. While core components of said kits are all made by Aisin, the auxiliary components are often made by other reputable brands.

As an example, if you get a serpentine belt kit from Aisin, the water pump will be theirs, most of the bearings will be Koyo, while things like belt tensioners could be made by NTN. Mind you, all of these 3rd party brands are quality brands, almost always Japanese, and almost always at the top of their niche. NTN and Kojo bearings are among the world’s best and share the same playing field with the likes of NSK. So if you see logos other than that of Aisin in an Aisin kit, don’t worry, you’ve bought quality parts.

Is Aisin OEM For Your Car?

Despite being an important part of the Toyota Group, Aisin makes OEM parts for a variety of other brands. The list of their clients includes, but isn’t limited to Toyota, Mitsubishi, Nissan, Honda, Isuzu, Ford, Chevrolet, and Chrysler.

Even if Aisin isn’t listed as OEM for your particular car, there’s a good chance that they’ve included your vehicle in their Aftermarket segment.

At the end of the day, you can’t really go wrong with Aisin. They are up there with the best when it comes to quality.