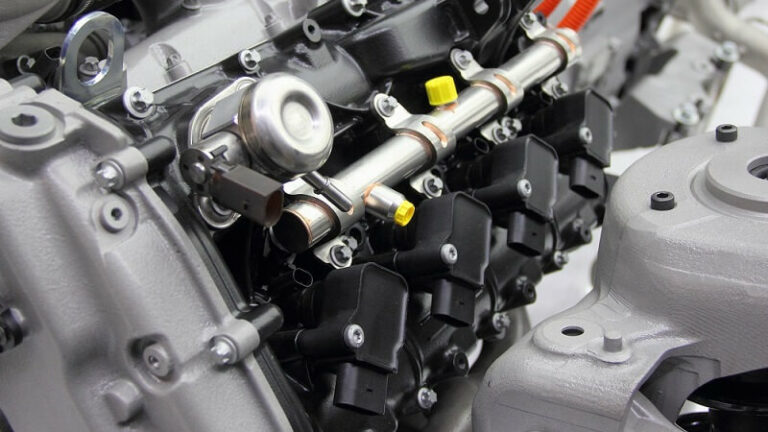 When it comes to troubleshooting problems on a car, some issues make themselves quite apparent while others are a little more difficult to diagnose. This is not down to the fact that the symptoms themselves are hard to spot, but in most cases, they can mean different things.

The reason for this is that most components that make up an internal combustion engine work quite closely together and are even interdependent. Ignition coil problems fall in this category. Troubleshooting them isn’t as straightforward as you would like it to be, but it’s not something that can’t be managed. Continue reading to find out exactly how to troubleshoot ignition coil problems and what your next steps should be.

What Are Symptoms of Ignition Coil Problems?

The first thing you should have an idea about to correctly troubleshoot ignition coil problems are some of its symptoms. The list of symptoms includes backfires, poor fuel economy, and more.

One major symptom of ignition coil problems is the decreased gas mileage. This is a problem you don’t want to have, especially nowadays with the prices of gas going through the roof. Ignition coils’ job is to push enough voltage to the spark plugs. When they’re unable to do so, the internal equilibrium of spark, fuel and compression that is necessary for a cylinder to fire, is pushed out of balance.

To compensate and keep the car going, the fuel delivery system will use more fuel than necessary. This excess fuel doesn’t always get burnt and makes its way out of the exhaust system in the form of vapor or backfires.

As mentioned before, ignition coil problems result in a less than required amount of voltage making its way to the spark plugs. When this happens, the vehicle doesn’t have the necessary juice required to get the engine running.

The first thing to inspect in this case is if both battery leads are securely connected and the battery has sufficient charge. If it does then that means that there’s probably an ignition coil problem.

It’s not only backfires that you could notice with an ignition coil problem. There’s also a high chance of there being a more serious problem like a misfire. A bad ignition coil could cause engine misfires in one or more cylinders, depending on how many coils have gone bad.

This symptom is a fairly obvious one, too. Misfires change the way an engine sounds. If severe enough, a misfire could make your engine sound like a diesel. If auditory signs aren’t enough, there’s also the fact that your vehicle will feel gutted when driven. Lack of power and hesitation across the RPM range is common for this condition.

Backfires can be confusing, especially if they occur when everything else appears to be running fine. Backfire is simply a result of fuel combustion in either the exhaust or the exhaust manifold. The bit that should concern you is how unburnt fuel made its way out of the combustion chamber. One of the reasons for this is an ignition coil problem.

Older vehicles had the tendency to backfire a little more than modern ones as fuel and spark management was done in relatively crude ways compared to what we have today. A backfire is one of the early symptoms of ignition coil problems.

One thing to note about backfires is that they can cause a lot more damage than just burn a hole in your monthly gas budget. More often than not, the unburnt fuel will combust in the catalytic converter, as that part of the exhaust system tends to run hotter than almost anything that comes before it. Given enough detonations, you will see catalytic converter damage, and that usually means thousands of dollars in damages.

Stalling is another potential symptom you should look out for. An engine requires a certain amount of spark to keep it going and if there’s an irregularity, it could randomly stall out on you. If you are noticing this symptom, don’t waste any more time and get it fixed before you’re left stranded on the side of the road somewhere.

Most modern vehicles will flash the CEL on the dash if there’s an issue with your ignition system. Furthermore, some cars will have a dedicated engine fault code to go along with the check engine light.

What Would Cause a Coil Not to Fire?

Multiple reasons would lead to ignition coil failure and cause it to not fire – moisture and connector pin issues are a couple.

It’s not just vibrations though, heat is another byproduct of an internal combustion engine. And while an ignition coil is designed to handle vast amounts of it, it can still be a point of failure. It’s not alloy coils that fail, but the other materials that the ignition coil is made of.

Ignition coils and spark plugs have a common goal – to give the engine the current it needs for combustion. Both these components work hand in hand, and a problem with the spark plug could affect the performance of the ignition coils. In some cases, ignition coils will work extra hard to compensate for the lack of spark on the plug itself. Needless to say, this greatly affects the service life of an ignition coil.

A connector pin failure, as its name suggests, is an ignition coil problem caused by a failing connector pin. This is certainly not as common as the other causes listed above, but it shouldn’t be ruled out. These pins can fail due to heat, vibrations, or even moisture.

How to Test an Ignition Coil?

Testing an ignition is fairly easy and can be done in two ways. You can measure the resistance on the coil using a multimeter, although this may not always give you a clear answer. The other way to check the coils is to simply move the coil you suspect is bad to a different cylinder. If the misfire error moves with the coil, you’ll know it’s bad. If you don’t have an OBD II scanner on hand, you can figure out which coil is misfiring by disconnecting the fuel injectors one by one while the engine is working.

The idea is to watch for changes in how the engine sounds while you’re pulling connectors from the fuel injectors. If the sound changes for the worse, you’re good. However, when you reach a cylinder where the sound doesn’t change when you disconnect the injector, that’s where your misfire is happening.

How Can I Tell If It’s the Injector or the Ignition Coil?

Misfires happen for a variety of reasons. However, all misfire issues come down to three factors — fuel, spark, and compression. If any of these three are missing from any of the cylinders, that cylinder will misfire. There are two ways you can rule out the injector as being the source of a misfire.

All misfire issues come down to three factors — fuel, spark, and compression.

When injectors open to spray fuel inside a cylinder, they make a clicking sound. If you take a mechanic’s stethoscope, or a long screwdriver, place the tip on the injector, and put your ear on the handle, you should hear the injector clicking very clearly as it’s injecting fuel.

The other surefire way to know you’re getting fuel in a cylinder that’s misfiring is backfiring. When there’s no spark, there’s nothing to ignite the fuel/air mix. However, that mix is still introduced on the intake stroke and evacuated on the exhaust stroke. Once the fuel mix reaches the catalytic converter, it will ignite if the exhaust system has reached its operating temperature. So, if you hear loud bangs coming from your exhaust, that’s a pretty solid sign that your misfiring cylinder is getting fuel, but isn’t burning it.

While it’s best to keep your distance from any low-quality no-name brands, we can’t emphasize enough how important that is when it comes to ignition coils.

That’s why you should stick to Bosch and the like even if it means paying slightly more. The assurance and peace of mind that you’ll have with a brand-new set of ignition coils from Bosch are well worth it.

Where you get your coils matters as well. Unfortunately, the markets are flooded with pretty believable counterfeits. The only real way to protect yourself from being scammed is to shop at reputable auto parts stores. Sites such as Newparts.com are a safe bet if you’re looking to get your parts online. As far as brick and mortar stores go, stick to large retailers. One thing is for sure, stay away from eBay. That place is packed full of shady vendors and knock-off products.

Here’s where things get a bit complicated. When car manufacturers design cars, they contract a long list of parts manufacturers to build everything that goes into that car. The same applies to ignition coils. When you decide to replace a coil, you first have to find the correct part number that matches your car’s year, make and model. However, then you need to get the right brand.

For example, BMW engines are known to work best with either Bosch, Eldor or Delphi coils. In fact, these three brands have all been the BMW’s recommended OEM at different times. As far as Audi goes, most of their engines work best with Genuine Audi “Red Top” coils.

All in all, it’s worth doing some research before you go and get a box of ignition coils that may not provide the best performance for your particular engine.

Replacing ignition coils isn’t necessarily difficult. However, it depends on the design of your engine. Most inline engines have easily accessible ignition coils. Modern engines have a bunch of plastic covers on top, but those are usually held in by plastic clips.

That being said, some engines could have all kinds of components sitting on top of ignition coils, including entire intake plenums. Once you reach the ignition coil, it’s very easy to replace. It all comes down to undoing a clip, or other security devices, and pulling the coil out.

We highly recommend replacing the entire set since a single bad coil usually means that the others will soon follow suit.

Buy Once, Cry Once (Per Service Interval)

At the end of the day, ignition coils are one of those parts where you really don’t want to cut corners. These things are vital for the operation of your engine and any ignition coil problems can easily prevent your vehicle from running right.

The best way to go about this is by using high-quality spare parts. Stick to reputable brands and research which ones are preferred for your car.